Seconds earlier, the 19-year-old known as Junior was behind the dugout, his coach imploring him to shake off a hard collision at third base in the top half of the inning. Junior was about to miss his turn at the plate.

Once in the box, he quickly falls behind two strikes. A wipe of the face and a swipe of the bat, he hits a ball the third baseman can’t handle. Junior reaches first base just as the winning run crosses the plate. Coaches and players swarm, family and friends cheer.

Junior’s clutch hit in the face of adversity came at the Arizona state softball tournament last summer. Inspirational stories like his have played out in nearly every corner of the world during the 50 years of Special Olympics. 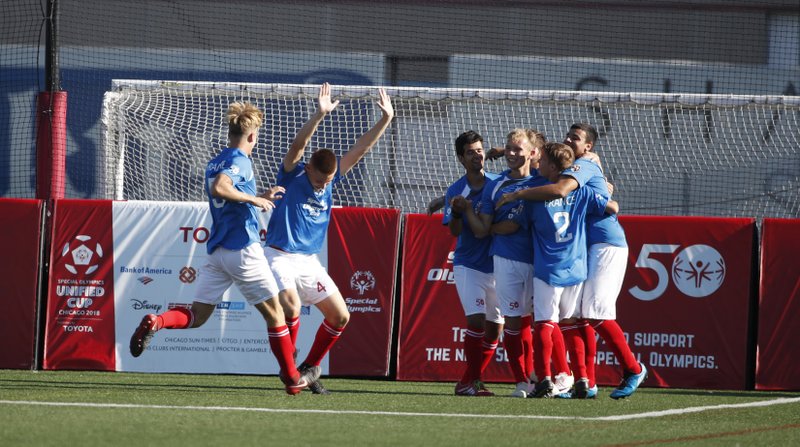 “Every person has a story to tell and most people wish the world would pay attention to them. In our community, the stories have a particular hue,” Special Olympics chairman Tim Shriver said. “They almost always start in sadness and shock, they almost always follow a path of humiliation and discrimination, and they almost always have a moment or a series of moments where all the humiliation, all the shock and sadness are transformed into meaning, purpose and joy. That story in some ways is common in all people, but in our community, people just tell it with more authenticity and rawness and punch.”

Shriver’s mother, Eunice Kennedy Shriver, made it so these stories were heard.

The sister of President John F. Kennedy helped change perceptions of people with intellectual disabilities and, in turn, carved out a better future for them. Her sister, Rosemary, had an intellectual disability, and Kennedy Shriver wanted a better life and opportunities for children who, in the 1950s and 1960s, were often bullied, isolated by their parents or institutionalized.

Kennedy Shriver forged the groundwork for the first Special Olympics at Chicago’s Soldier Field in 1968 with Illinois Supreme Court Justice Anne Burke, then a volunteer with the Chicago Parks Department.

Special Olympics has since branched out to 172 countries and 4.9 million athletes competing in a range of sports from soccer to snowboarding while spreading a global message of inclusion and empowerment. The organization’s 50th anniversary is being celebrated during a five-day event in Chicago this week.

“Anything that lasts this long and is continuing to grow is tapping into something that’s profoundly human, that’s shared across cultures and time periods, that doesn’t expire,” Shriver said. “The energy that the Special Olympics athletes unleash is an energy of compassion and trust, an energy of putting relationships above possessions or power or notoriety. It’s the lesson that every human being has a gift and I don’t think that lesson gets old.”

The lasting impact of Special Olympics reaches far beyond the competition on the field. It has become a human rights movement for a segment of society that often was shoved to the background or ridiculed.

Special Olympics has brought the wide breadth of inspirational stories into the public eye, allowing people with intellectual disabilities to be recognized for the gifts they have, find themselves being included instead of excluded.

The acceptance and confidence that comes from competing in Special Olympics has created a world where people with intellectual disabilities can thrive in ways they never had before. A person with special needs bagging groceries or working at a fast-food joint, unthought of before Special Olympics started, has now become commonplace.

Dunn, known as Sam to family and friends, has been involved in Special Olympics and adaptive recreation nearly her entire life. The 26-year-old with Williams Syndrome, which causes mild to moderate learning disabilities, began playing special-needs Little League in Southern California and became involved in Special Olympics when she moved to Arizona in the late 1990s.

People with Williams Syndrome are usually outgoing, have engaging personalities and take an extreme interest in other people. The characterization fits Sam perfectly; she’s exceptionally outgoing, enjoys talking to new people, and loves to dance, especially to Michael Jackson songs.

Special Olympics allowed her to blossom even further while making new friends and increasing her coordination.

“Her confidence, her coordination, it’s hard to explain how much it helped her,” said her father, Buddy, a Special Olympics coach the past 20 years. “It doesn’t put her a step down, it puts her a step above because she thinks she can do anything and be better than anybody because of Special Olympics.”

The athletes aren’t the only ones who benefit.

Before Special Olympics started, parents with special-needs children often heard how sorry and disappointed people were for them.

Special Olympics has given parents and families an opportunity to be openly proud of their children, for people to see how special their children are beyond their disabilities. The pride of a special-needs child after scoring a goal or hitting a home run is only exceeded by that of their parents in the stands. 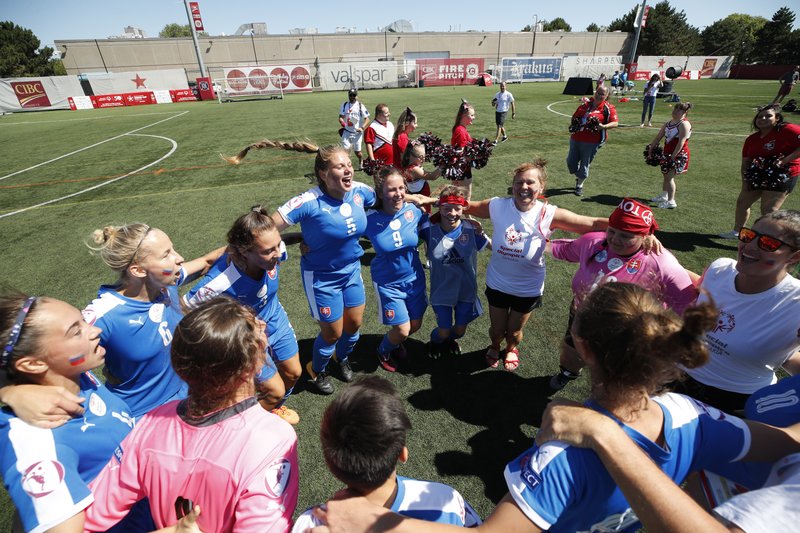 “They’re beaming with pride. It’s a simple gift, but it’s not always accorded to our families,” Shriver said. “We help families hold the strength they know, hold the love they feel for their child who might have special needs, hold it up so the world can also see what they see, which is a gifted and beautiful kid.”

Special Olympics athletes play for the love of sports, not to dominate or humiliate their opponent. They display a determination few people without disabilities could imagine. They project an energy of compassion, joy and inclusiveness.

The stories have played out every day since the inception of the Special Olympics, reaching nearly every corner of the world.